The Universal Declaration of Human Rights

On December 10, 1948, the United Nations General Assembly adopted the Universal Declaration of Human Rights. The idea that will lead the United Nations to launch and adopt the document is to reaffirm the belief in the fundamental rights of man, in the dignity and value of the “person”. The declaration includes a preamble and thirty articles regarding the individual, civil, political, economic, social, religious and cultural rights of each individual. It is the first document in history to universally sanction the rights of every human being.

The preamble explains the intentions and purposes underlying the Declaration; the first two articles concern the universally valid concepts of freedom and equality; the articles between the third and the eleventh concern various individual rights, while from the twelfth to the seventeenth the rights listed are those of individuals with respect to the communities to which they belong. Fundamental values are the principles set out in the eighteenth article to the twenty-first, principles concerning the freedom of thought, opinion, religious faith and conscience, speech and association. These fundamental points have obviously been influenced by the atrocities committed and suffered by humanity, protagonists of the two world conflicts, against which the Declaration stands as the first universal document to protect and comfort every human being. Articles between the twenty-second and the twenty-seventh deal with economic, social and cultural rights. The concluding articles specify that none of the rights listed above may be used or challenged against the Declaration.

The history through which Human Rights came to be recognized by the United Nations has its roots in previous centuries.

For the drafting of the Declaration, the United Nations referred to a series of antecedent sources, the Bill of Rights and the Declaration of Independence of the United States of America, the Declaration of the Rights of Man and of the Citizen drawn up in 1789 in France, the Fourteen Points drawn up by the American President Wilson in 1918 and the Pillars of the Four Freedoms enunciated by Roosevelt in the Atlantic Charter of 1941. Other documents, throughout history, had exposed the need for the recognition of rights that did not depend on nationality or religion, by gender, or by any other individual characteristic, but that they were universal, that is, valid for every human being. An example of this is the essay by Cesare Beccaria “Dei delitti e delle pene”, a text of 1764 in which the Italian illuminist, in the context of the analysis of the relationship between crime and punishment, expresses the need for the abolition of the death penalty, interpreted as a crime carried out by the State against the individual. The history of the recognition of Human Rights sees a continuous comparison between what in Greek antiquity was called the “laws of nature” and those of the state.

This is a keyword in the debate on human rights, state, a word that concerns both the recognition of these rights and the guarantee that these are actually respected. Norberto Bobbio, an Italian philosopher of the twentieth century, defined human rights as “historical” rights, in the context of the discussion on whether human rights belong to the category of natural or positive rights. A natural right is a right that is acquired at birth, regardless of nationality, religion, or any other characteristic. A positive right, on the other hand, is a right only in so far as it has been recognized, organized, and legitimized by the state. According to Bobbio, Human Rights are historical insofar as they are natural, that is, they concern every human being, but at the same time, if they are not recognized by the State, they are not respected and therefore lose their effectiveness.

This is a central point about the nature and respect of Human Rights, what concerns their recognition. The Declaration was launched by an assembly made up of fifty-eight countries. Forty-eight countries voted in favour of the document, eight countries abstained, two countries did not participate in the vote. No country voted against it. The duty of states to respect the Declaration is connected with their membership of the United Nations, and it is, in any case, an ethical duty, not a juridical one. The creation of the Declaration generated an important debate. The states that abstained from voting had “personal” reasons for not approving some or numerous points of the Declaration. In addition, it is necessary to consider the aforementioned relationship of the application of rights with the reality of the state. For example, articles 19 and 20 of the Declaration concern the freedom of speech, assembly, association and press, the freedom that can be recognized by a state that at the same time can convey it through the control and monopoly of information dissemination agencies, newspapers, media, etc. During the debate in the Assembly, the Soviet Union showed itself opposed to the rights nineteen and twenty. In fact, in the Soviet system of 1945, freedom of the press and of expression was provided only in accordance with the interests of the workers and the system itself.

One of the most debated and difficult to apply articles was, and still is, the eighteenth, which sets out the principle of freedom of worship. During the United Nations assembly, the Arab and Muslim world was represented very little, few of the Arab-Muslim weights opposed the declaration and there were, and still are, many Arab intellectuals who took their cue from the assembly for the development of an Islam open to dialogue with other cultures and religious beliefs. However, the characteristics of many countries and states in the world, not only the Arab one, have led to various difficulties in the application of article eighteen. Difficulties which, often if not always, see the contradictory nature of rights which, although defined as “universal”, see their application relative to the forms of power of the various states.

In addition to the problems related to the different definitions of law and law of many states participating in the Assembly, the ethical concepts relating to social and political relations also highlighted the contradictory nature of the Declaration, or rather its difficult application. For these reasons, several intellectuals of the century defined the Declaration as a “Eurocentric” document, based on principles and values ​​closely connected to European culture. Furthermore, some philosophers saw the Declaration as the danger of the creation of a new “creed of human rights” which would have justified military interventions aimed at globalization to
to the detriment of the sovereignty of peoples and nations.

Despite the critical issues and debates, the Universal Declaration of Human Rights has proved to be the guideline of international relations on respect for the person, defined by the first article, free and equal. In 2000 the European Union proclaimed the Charter of Fundamental Rights of the European Union, merged into the European Constitution in 2009, both documents are extremely influenced by the 1945 Declaration.

The principles of the Declaration, which are mainly based on the concept of equality, dignity, freedom of expression and religion, and not least, freedom from fear, are unfortunately still recognized in many countries but not respected, not only in a limited part of the world but in many. If you look at the evolution and the rights that man has earned, for example in the field of work, it will be noted that centuries of struggles and small conquests have not led to a real universal recognition of workers’ rights to date. The recognition of these rights still faces strong obstacles, often the result of a lack of control over the exercise of power. Human right, defined as historical by Bobbio, arises from the dissemination of new ideas, is carried out by minority groups that can certainly transform themselves into larger groups but which still alone cannot make that right effective and recognized. Only the intervention of the state, as we have seen, can guarantee the recognition and indiscriminate application of human right.

Some thinkers of our century have rightly noted how the recognition of such rights often overshadows their natural character. How historical, environmental and territorial circumstances relativize its value, up to the loss of the character of universality.

The work of the United Nations Assembly was based precisely on this point, at the beginning, the assembly put together more than five hundred different rights, it came to approve thirty in an attempt to define an absolute universality, through the principles of synthesis and clarity. The Universal Declaration of Human Rights remains today a “simple”, accessible document, demonstrating its anti-elitist character; a document known all over the world, but not yet fully respected, all over the world. 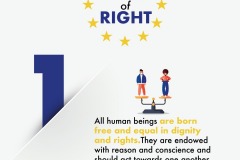 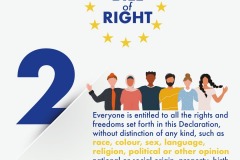 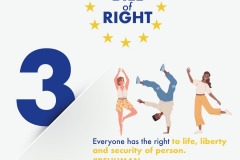 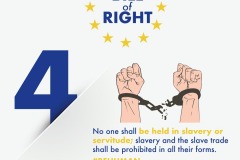 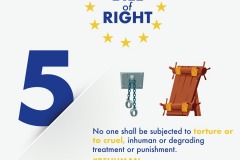 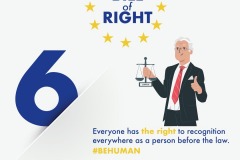 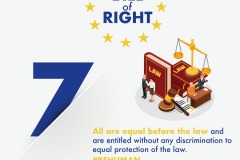 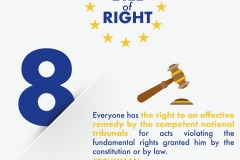 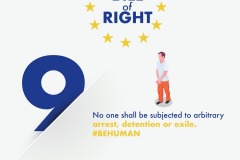 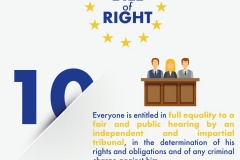 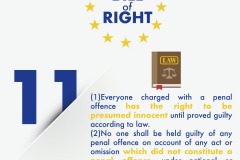 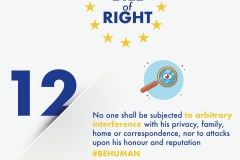 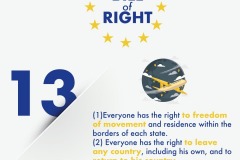 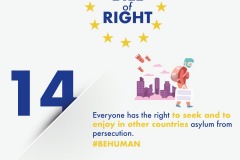 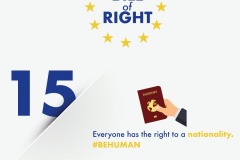 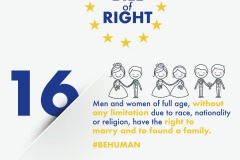 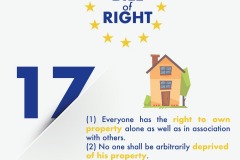 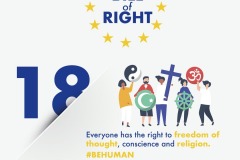 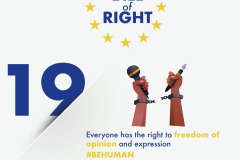 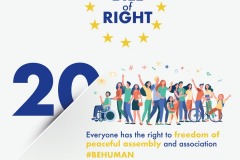 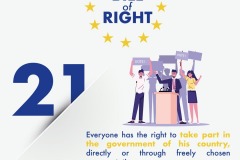 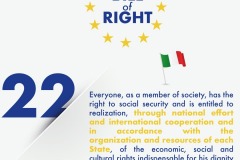 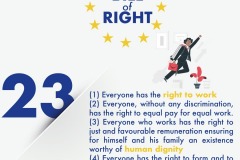 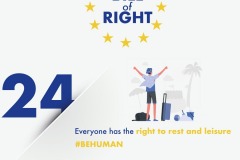 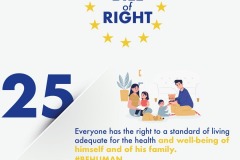 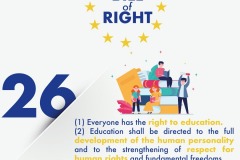 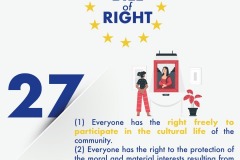 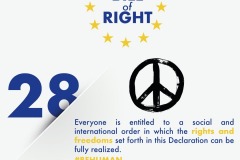 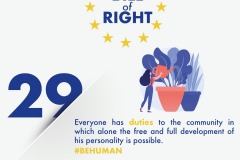 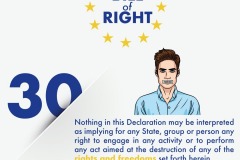